News 03/04/2011: For two and a half years CAPTRON Electronic GmbH has a new building - powered by renewable energy. CEO Reinhard Bellm tells of planning, implementation and first results.

When Reinhard Bellm began with the planning of its new premises, he had very specific requirements in the new headquarters. A hall for the CAPTRON Elektronic GmbH had to be greater in any case, because the reason for the new building was the less space in the former Munich residence. There they resided for rent and due to the busy spatially place Bellm not hire employees anymore although the international market was expanding.

CAPTRON develops and manufactures electronic sensors, buttons and switches, which may have pushed most people in a German city before: strike and stop signals for trains and suburban trains. Manufacturers such as Siemens and Daimler are among the customers. In addition to the traffic engineering the products are used in engineering, semiconductor manufacturing and plant.

A market with a future. Pioneering also should be the headquarters. Their own desires were at the forefront. "Just as we need it." Bellm intentionally formulated his wishes because he wanted a long-term solution. Son Philip, who is working for ten years in the business, would take over the business someday. Therefore Reinhard Bellm has sought an architect who was willing to include his demands in the planning and to simultaneously contribute own ideas. Before the final determination of the size could be made, they needed a site to be found. Munich itself was too expensive. As Bellm would like to keep his employees, only one of the communities around remained for the move. Finally we come to Olching. A big request that Bellm wanted to be realized with the new building, was the independence of energy supply. Heating, cooling, lighting, all of which should be independent of fossil fuels possible. First major step was the installation of a heat pump, which can be easily supplied with groundwater at the new location. Groundwater fills simultaneously a cistern and a pond that is created in front of the company entrance. Instead of an air conditioning system the building is heated and cooled by wall and floor heating and radiant ceiling panels. Electricity is produced by a photovoltaic system and fed into the grid. The energy concept inside the building was continued with the use of energy-saving technology. The lighting - used variably on BUS technology and motion - is energy saving by use of LEDs and fluorescent lights. Consistent and logical for a company for sensor technology was the installation of keyless transponder technology to operate the doors. "Technologically, forces itself upon such a solution," says Reinhard Bellm. Finally, a lost transponder unlike a conventional key can easily be excluded from the system. The locking system is protected from abuse. Sensitive areas of production are in addition to open by fingerprint sensors.

An environment that is supposed to make fun

A decisive factor for the successful implementation of the wishes and ideas Bellm sees in close collaboration with the architect. He must be prepared to respond to the wishes of the client and to advise if something is possible or not. The right choice of the architect has protected Bellms against costly reconstruction maybe occurred after completion of the building. Under construction the holders see that the cafeteria had been designed too small for the growing number of employees. And so it was extend shortly.

The tastefully decorated room with lots of wood contributes and many other details helps that the employees feel well within the company building. Bright, light-filled offices, an artificial water wall in the lobby, a pond at the entrance and a patio with tables and benches provide a comfortable atmosphere. "The environment should make fun," says Reinhard Bellm. So it has been important for him to offer his employees a great workplace. Bellm: "If they work well we have good products." Employees were therefore also involved early in the planning for the move. Each department manager was invited to the office itself, in order to optimize the operation and workflow. The positive atmosphere gets around. In Olching the unusual semi-circular construction with the koi carp pond is familiar already. Jobs at Captron are popular. He had much less trouble finding employees, reported the company boss. Even within the company, the impact of the new building was measurable. The productivity is higher. Some applicants will certainly get a chance to work at Captron because space is now finally enough there. 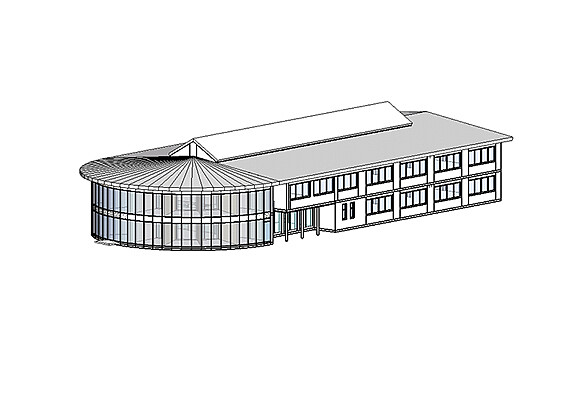 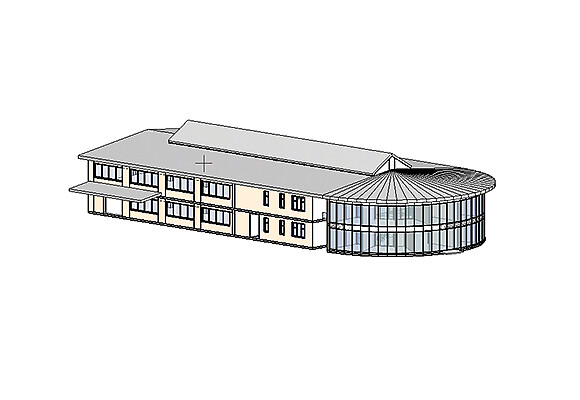